Getting to know Trastevere

The essence of the oldest and most authentic part of Rome, Trastevere comes from the Latin Trans Tiberim meaning “beyond the Tiber” because the origins of Rome indeed took place over on the other side of the river.

It’s a viby neighbourhood with characteristic alleyways and interesting glimpses enveloped in a near medieval atmosphere which attracts a multitude of visitors every year. A fairy tale feel about it rich with history.

There are many beautiful things to admire but you shouldn’t miss:

Basilica of St. Mary’s in Trastevere

217 a.d., the first church to be built in honour of Our Lady also famous for its spectacular XIII Century mosaics by Pietro Cavallini – possibly one of the first places of worship in Rome.
Piazza di Santa Maria in Trastevere 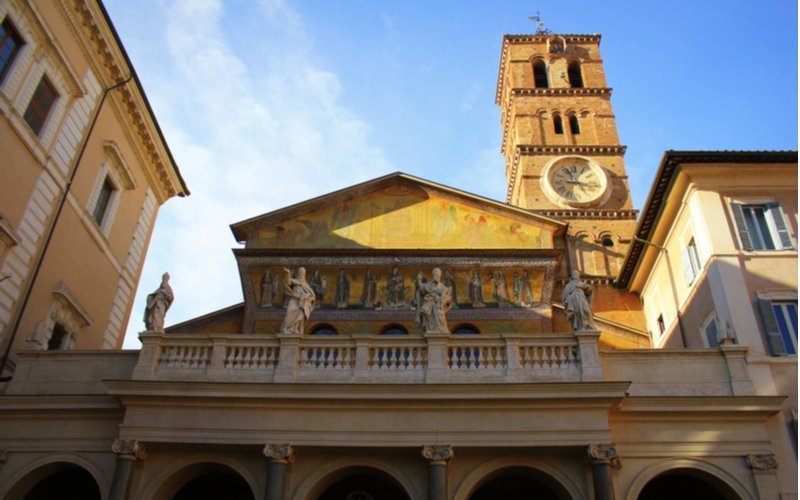 The Covent of St. Peter’s in Montorio

which hosts the so-called “Tempietto del Bramante” constituting one of the most fascinating expressions of renaissance architecture in Rome. Piazza di S. Pietro in Montorio, 2 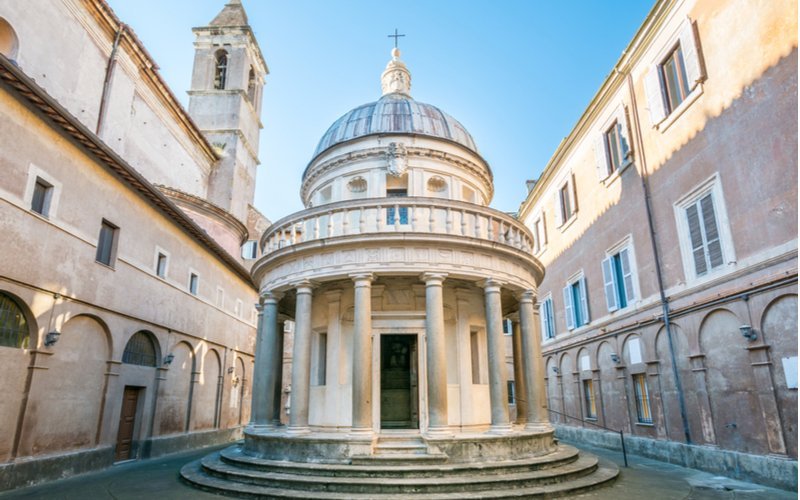 this is a museum filled with exhibits of the XVIII th Century. The collection comprises a number of paintings, watercolours, and prints all representing the costumes, folk dances and festivals of roman life. Piazza Sant’Egidio, 1 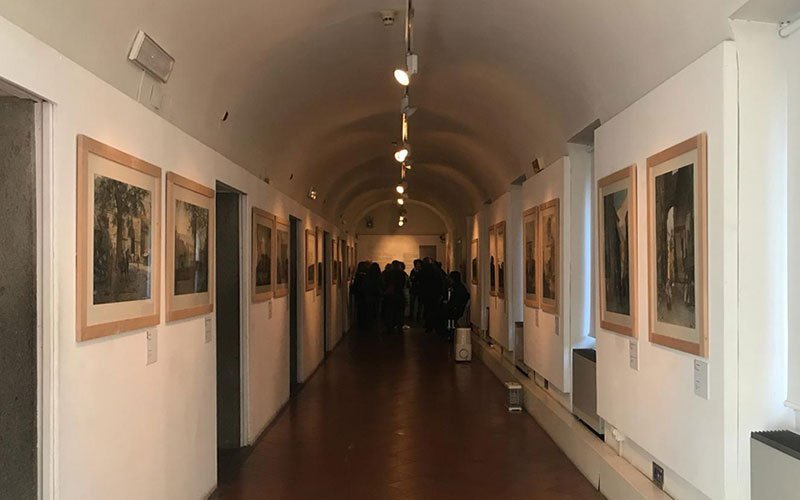 founded as a result of a number of episodes. In fact, legend has it, that in the very place where the church now stands, a midwife was praying in front of an image of Our Lady Mary, when suddenly her speech impeded daughter began to speak. This was taken as such a great miracle that it prompted Pope Clement VIII to build a church right over that site.
Piazza della Scala, 23 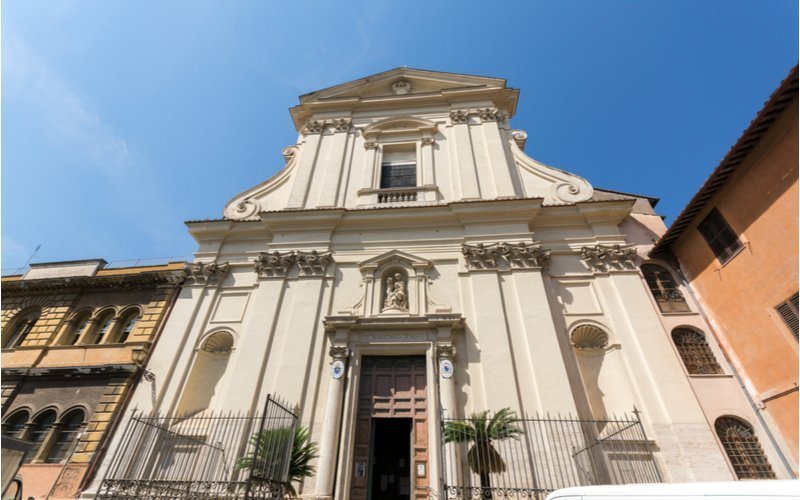 according to tradition, the square takes its name from the church where Pope Callist I used to go and pray and whence he was thrown out of the window and drawned in the well below.
Piazza di S. Calisto, 6

Strolling through the alleyways you will be charmed by the small shops and artisans’ stalls that are everywhere and you will probably be very tempted to stop for some traditional food and local wines.

During the evenings in July we recommend seeing a film in Piazza San Cosimato – it’s free and although you may not understand the dialogs much at least you’ll be in the open air.

Here’s a party/festival ‘par excellence’ so much so that it lasts for 2 weeks from Juy 16th to 30th and it celebrates The Blessed Virgin of the Carmeline.
The origins of the fete date back to 1535, as the story goes after a terrible storm a statue of the Virgin Mary was found by Corsican fishermen (slightly off course 🙂 at the mouth of the river Tiber. It was hence donated to the Carmelitans of the Basilica of San Ciscogno in Trastevere thus becoming the Patrno Saint of the Trasteverini as the inhabitants of the neighbourhood are known.
The “Festa de Noantri” is called that way to signify the difference between “us lot” i e Noantri, the Trasteverini who consider themselves the true Romans and “you Lot” i e those coming from other areas of Rome.

is also part of Trastevere where spectacular views of Rome will unfold before you from its beautiful terrace. 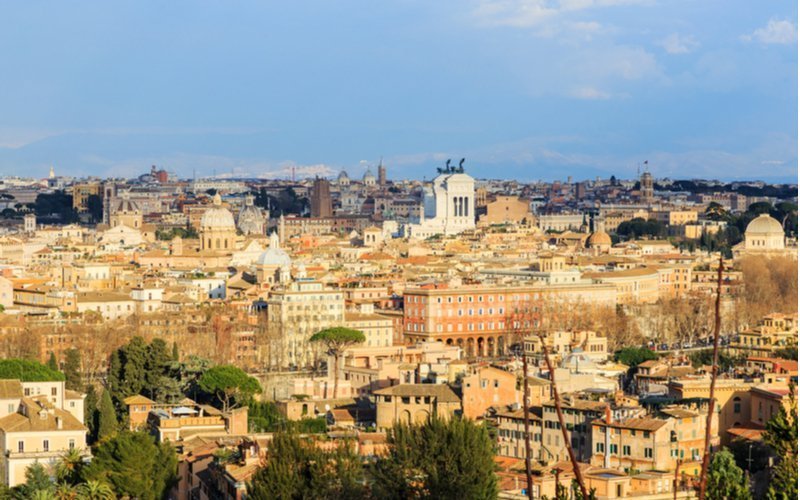 There is not a lot more to add, Trastevere is one of the most enchanting neighbourhoods in Rome and you will only understand why once you will have soaked in the magical atmosphere of its tiny streets.