On visiting Rome with its monuments and statues, you will surely have asked yourselves what history lies behind it all and what these represent. Some may call it simple curiosity whilst others may describe it as empathy or the will to grasp a culture, delving deeper into details making everything come alive.

As many may know, or if they don’t they will do shortly, Rome’s emblem is the She-Wolf or the “Capitoline Wolf.”  In fact, a bronze sculpture of the wolf is kept in the Museo dei Conservatori. Now ask yourself where’s the connection between a She-Wolf and Rome?

It’s to do with the legend of Romulus and Remus. 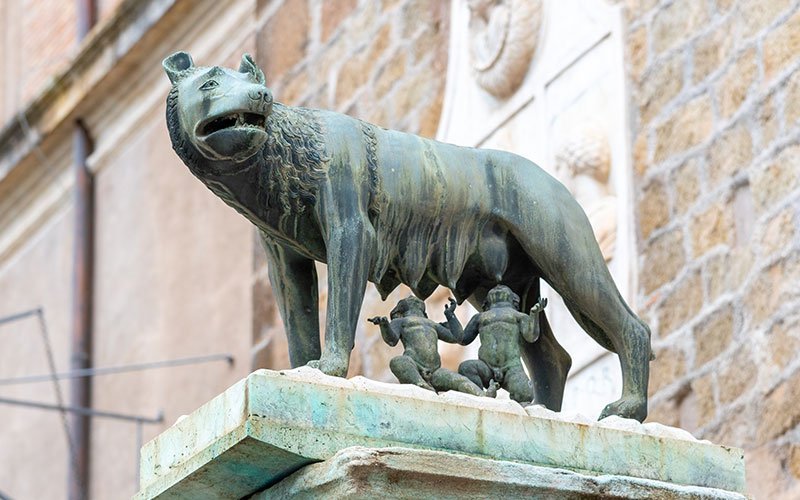 1. The legend of Romulus and Remus

The legend has it that Rea Silvia, the vestal virgin daughter of Numitor, aroused the lustful interest of the god Mars.  The result came in a bundle of  two twins named Romulus and Remus..  Meanwhile, Amuilius, King of Alba Longa uncle to Rea Silvia, ousted Numitor and fearing future claims to the throne by the twins, had them thrown into the River Tiber…. As one does in these circumstances! Fortunately, a she-wolf considered to be a sacred animal by Mars saved and weaned them. The bright youngsters later went off and founded Rome!

Museo dei Conservatori
Opening times: Everyday from 9:30 AM to 7:30 PM 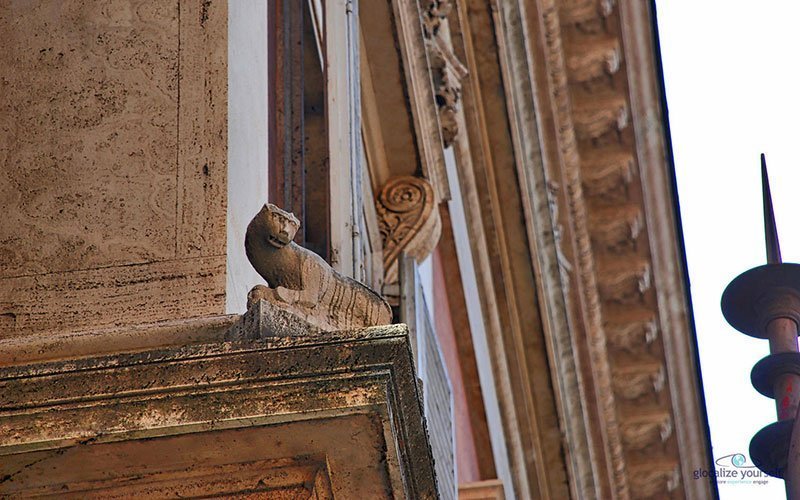 On the corner of Palazzo Grazioli’s cornice there is a marble cat (gatta) which is thought to come from the Temple of Isides. Amid several legends, the most accredited is the one which claims that a small boy about to fall off the building’s cornice, was saved by a meowing cat which attracted the boy’s mother’s attention thus avoiding an inevitable tragedy in the family. 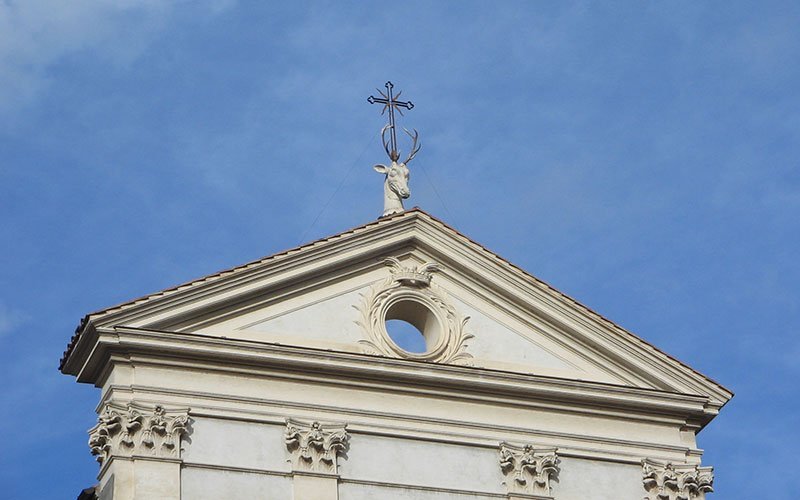 3. The Legend of Saint Eustachio

This Christian legend is an account of a Roman Centurion called Placido who, whilst out on a hunting spree, came across a deer with a luminous cross shining through its horns. Stunned by such a sight, Placido decided to be baptized taking the name Eustachio. Later in life, during Hadrian’s reign, he was accused of being a Christian and of not honoring the Gods. He was consequently sentenced to death together with all his family. They were all thrown to the ferocious animals which unexpectedly withdrew instead of attacking them. Emperor Hadrian was so furious that he had them put into an inflamed bronze bull where they died instantly. Their bodies, however, were found intact.

Visiting the streets of central Rome we’ve learned about the She-Wolf’s motherly ways, the cat of Palazzo Grazioli’s foresight and of Placido’s conversion to Christianity. Rome’s streets, however, conceal very much more and all to be discovered so continue your tour to fully take in the marvels of the Eternal City’s and its secrets.