The History of Roman Food

The origins of Rome are not only manifest in the glorious endeavours of mankind,  in the numerous monuments and winding alleyways but may also be found in traditional cuisine.

Who hasn’t come across a Carbonara, Amatriciana or a Cacio e Pepe before now? Who hasn’t ever tasted the famous Carciofi alla Giudia (fried artichokes) or the sour cherries pie typical dessert of the Jewish quarter?

Today we’ll go back in time to discover the origin of these delicious dishes.

The real “Amatriciana” or “Matriciana” originated in Amatrice ( A city in the province of Rieti) in 1870 when Mrs. Anna de Angelis left the city with her duffel bag full of hope and genuine products. Once she arrived in Rome and settled in the Termini area, she began cooking the famous Bucatini all’Amatriciana….

Try it at Osteria Fernanda in Via Crescenzo del Monte 18/24! 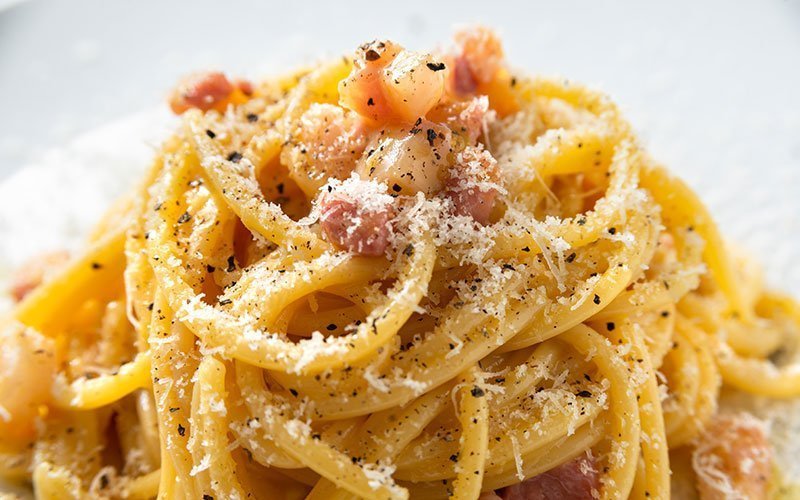 The most popular version of this popular dish started life with the cole miners who ventured into the mountains of the Appenines for their cole. To survive the harsh life in the mines they needed food that would keep for a long time. Pasta, eggs, bacon and Pecorino cheese certainly fitted the bill. It is believed that the odd black spot were in fact cole specks that had fallen into the plates later to be substituted by pepper corns.

Il Girasole in Via Rosa Raimondi Garibaldi, 26/28 make an excellent version of it. 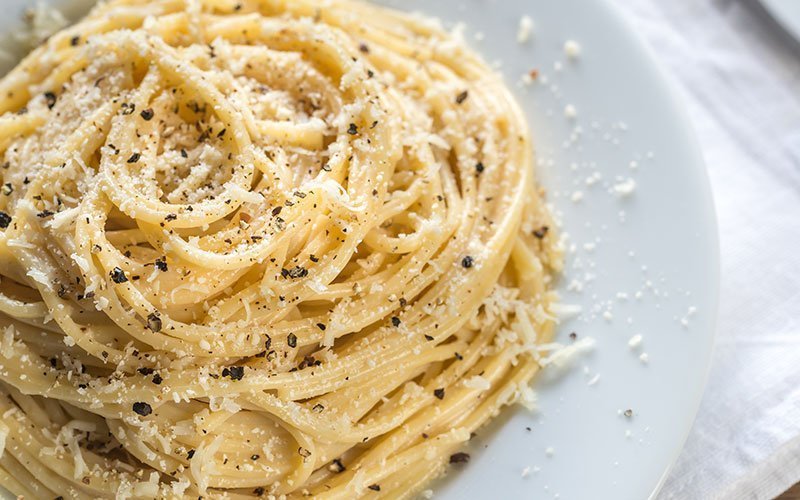 It originates from the transhumance period. Indeed during their journey the shepphards would fill their saddlebags with high calory, long lasting food . Dried tomatoes, bacon, Pecorino cheese, black pepper and spaghetti couldn’t be missed out. Their staple hot and nourishing dish was in fact spaghetti pecorino and ground pepper. Thence, from the frugal improvised dish to be part of the typical cuisine of the best Osterie in Rome . To date it is a well loved dish by Romans and visitors alike who can choose from the traditional recipe and  its various permutations.

Try it at  Felice a Testaccio, Via Mastro Giorgio, 29 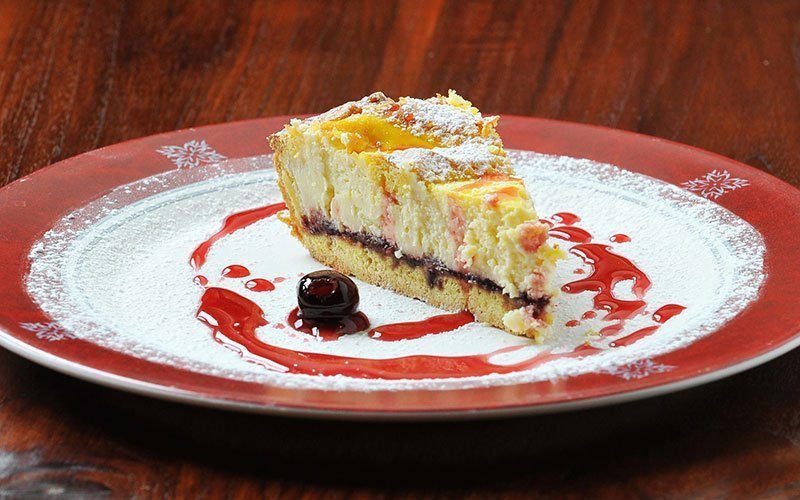 The ricotta and sour cherries cake is a recipe that is brought to us by old Jewish-Roman traditions dating back to the eighteenth century. In those days, Papal edicts forbode jews to trade in dairy products. Hence bakers resorted to disguising the ricotta cheese between two layers of sweet pastry adding sour cherries to complete trick. The recipe for the cake is of course secret and it is striclty passed on  to the upcoming generations but the its main characteristic is that it should be lightly burned on top.

The  Pasticceria Boccione in Via del Portico d’Ottavia,1- makes a great version. 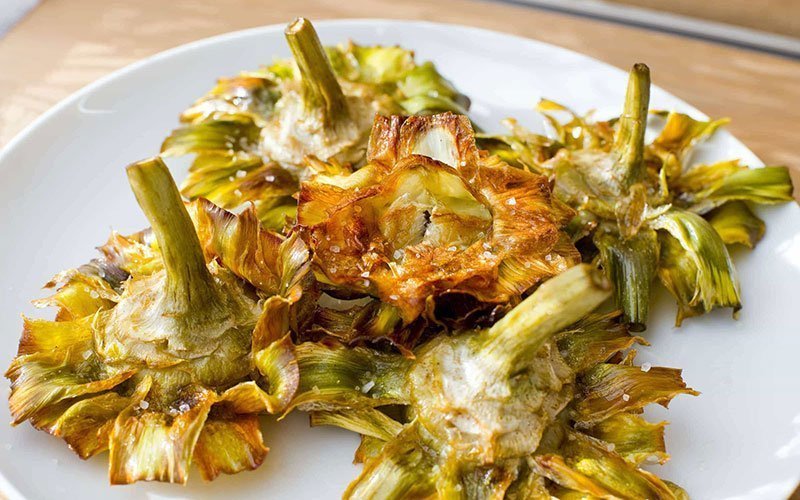 These artichokes are a truly typical side dish of the Jewish-Roman cuisine dating back to the XVI century. They take their name because they used to be consumed in great quantities after the Jewish Kippur, a day of complete fasting when one wouldn’t eat, drink, play or work. They are made with the “Mammole” a typical type of artichoke found mainly in the Lazio region which the learned cooks used to deep fry. Crispy outside and tender inside, delicious!